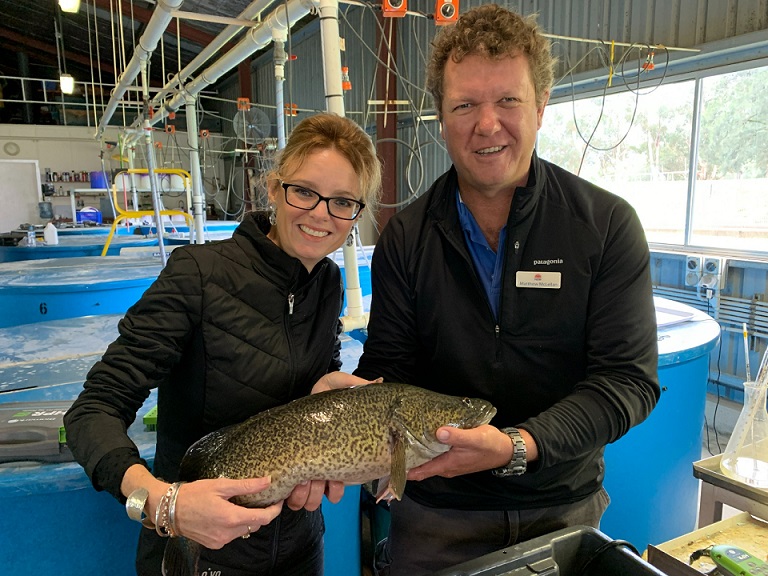 The NSW Government’s Narrandera Fisheries Centre has played a vital role in freshwater fish breeding and stocking across the State.

Member for Cootamundra Steph Cooke said more than 5.3 million fish have been released in NSW in 2021-22, including a record 1.26 million Murray cod.

“In addition to Murray cod, there are also golden perch, silver perch and endangered trout cod bred at the Centre and stocked throughout NSW.”

The Narrandera hatchery is currently undergoing a major upgrade to increase production capacity for native sportfish and threatened species.

The upgrade, which includes a new hatchery building fitted with state-of-the-art fish breeding technology, is part of a $6 million grant from the NSW Government.

The NSW Government is committed to breeding millions of native fish each year to keep our lakes and rivers well stocked.

Local and visiting recreational fishers will also benefit from hundreds of thousands of native sportfish stocked into local waterways.

Last season, 125,000 Murray cod were released into Wyangala Dam as well as 10,652 Golden perch and 2,955 Murray cod released into local waterways by the Jugiong and Narrandera Fishing Clubs, as part of the Dollar-for-Dollar program, supported by the Recreational Fishing Trusts.

These ongoing stocking events not only maintain and enhance recreational fisheries, but also benefit our local communities through tourism and economic opportunities.

The 2022-23 season has already commenced with broodstock collection and stocking already underway and this year’s season is expected to be one of the biggest yet.

For more information about fish stocking in NSW, visit www.dpi.nsw.gov.au

Seniors in the region are continuing to embrace digital with more than 100,000 people across the state now taking advantage of the digital …Learn More

Community organisations can now apply for a share of $400,000 to help bring the state’s road toll towards zero as part of the …Learn More