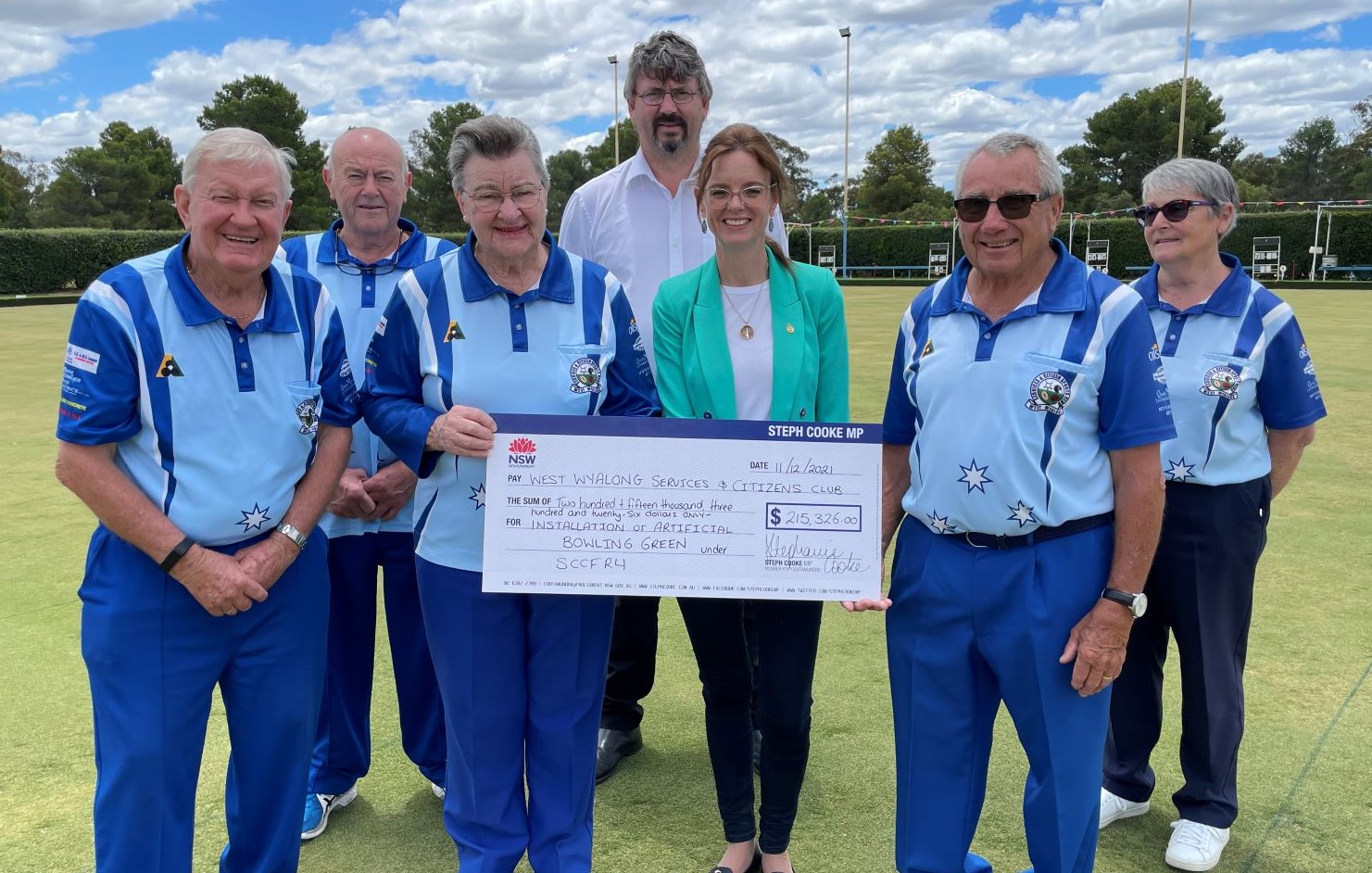 Member for Cootamundra Steph Cooke has announced $787,039 for the Bland Shire under the NSW Government’s latest round of the Stronger Country Communities Fund.

Ms Cooke announced the successful projects on Saturday afternoon at the West Wyalong Services and Citizen Sports Club, joined by members of the club and the community.

“Enjoying the outdoors and being active is a big way of life out here no matter your age,” Ms Cooke said.

“These projects highlight the community of Bland’s commitment to make sure their facilities cater for everyone.

“The latest round of funding takes the total amount of funding through the Stronger Country Communities Fund for projects across the Bland shire to $3,903,094.”

President of the West Wyalong Services and Citizens Club Lionel Fuller said the grant will enhance the participation of bowls in the area.

“The installation of a new synthetic green through the grant will be a big benefit to the town, club and district competitors, this will mean that anyone can use the green and will hopefully see more people get involved in the sport of bowls,” Mr Fuller added.

The funding from round four of the fund has been spread across seven projects, each of which is set to benefit the community. 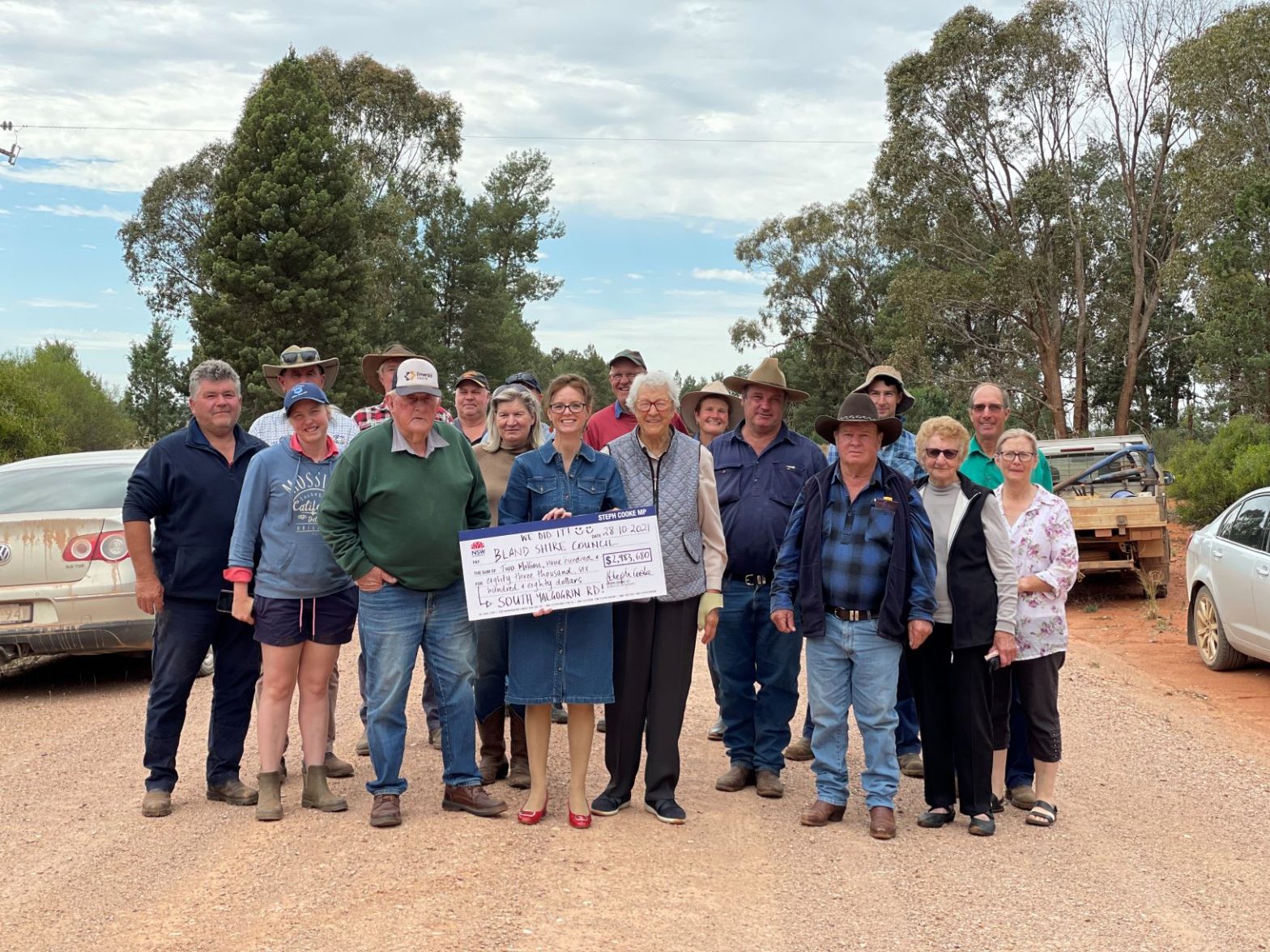 Safer travel around the Bland Shire is on the way, with $2,983,680 rolling out under the latest round of the Fixing Local Roads Program.

Member for Cootamundra, Steph Cooke said the Round 3 funding is for the sealing of South Yalgogrin Road.

“Talks of this project started decades ago, and the community raised it with me in December of 2018. I am glad funding for this project has been secured at last,” Ms Cooke said.

“The communities in the Bland Shire are already reaping the benefits of this program with $2.5 million invested on local roads from the first two rounds.

“Over the three rounds of Fixing Local Roads, the Cootamundra electorate has received a total of over $42 million to improve our local road networks.”

“It will significantly reduce the number of flooding events and days the road is closed due to wet weather while greatly assisting local traffic, heavy vehicles and agribusiness to transport their goods to and from market safely and efficiently,” Cr Monaghan said.

“We know that sometimes it’s small projects that can drive big benefits in the bush. This program is helping to deliver better journeys on the roads families use every day and support the domestic tourism,” Mr Toole said.

“These projects won’t just ensure that locals see the benefits of this investment every time they get behind the wheel, they’re also supporting an additional 1,374 jobs throughout construction across regional NSW.”

Fixing Local Roads is a $500 million NSW Government program, which was boosted by the Australian Government over the first two rounds with an additional $191 million.

Further information about the Fixing Local Roads Program can be found at nswroads.work/fixinglocalroads.