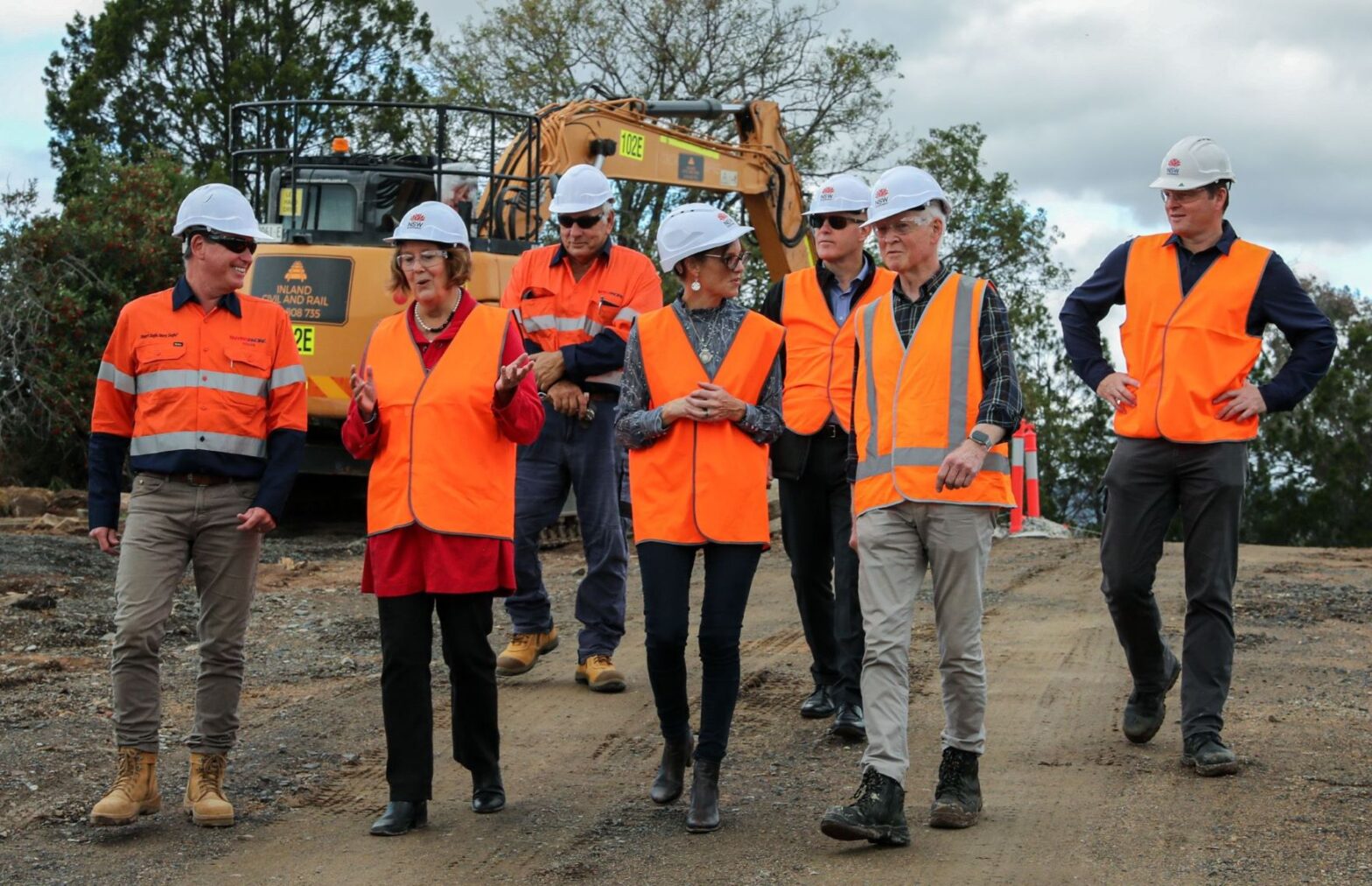 Work has begun on a new $5.1 million Wyangala Water Treatment Plant which will deliver up to 800,000 litres of clean drinking water every day to village residents and the popular holiday park.

Member for Cootamundra Steph Cooke said the new water treatment plant is a great step forward for the community and local economy.

“Turning on the tap to fill your glass with clean, treated water is something millions of Australians do every minute of every day, which is why I am pleased Wyangala village will finally have infrastructure in place that will enable them to do the same,” Ms Cooke said.

“It is fantastic this project has already injected $820,000 into the local economy which means more money in the till for regional business owners.”

“The current water treatment plant at Wyangala is no longer fit for purpose, which is why we have been pushing to replace the ageing infrastructure to ensure locals have access to a reliable stream of clean, drinkable water,” Mayor West said.

“It is great to see workers on site because this means we are one step closer to improving the quality of the water for the town and Reflections Holiday Park, which is a major win for Wyangala.”

“That’s why I have been working with the NSW Government to get shovels in the ground so we can get on with the job of building a more modern, efficient and reliable Water Treatment Plant that will provide clean potable water to residents.

“For the first time, treated drinking water will also be piped to the Reflections Holiday Park unlocking the economic potential of Wyangala as a tourism destination.”

NSW Minister for Lands and Water Kevin Anderson said the project will be a game changer for the town’s residents.

“The new water treatment plant will be almost double the size of the current plant which will enable residents and visitors to have better access to clean drinking water,” Mr Anderson said.

“The new infrastructure will make Wyangala an even better place to live, work and visit which is great news for local businesses.”

“This is what happens when you have good Coalition Governments working together at a Federal and State level to achieve great outcomes for regional communities,” Mr McCormack said.

“The wonderful Wyangala community deserves the best possible water infrastructure and we are delivering just that.”

Once the plant is finished in early 2023, it will be owned and operated by Cowra Shire Council. 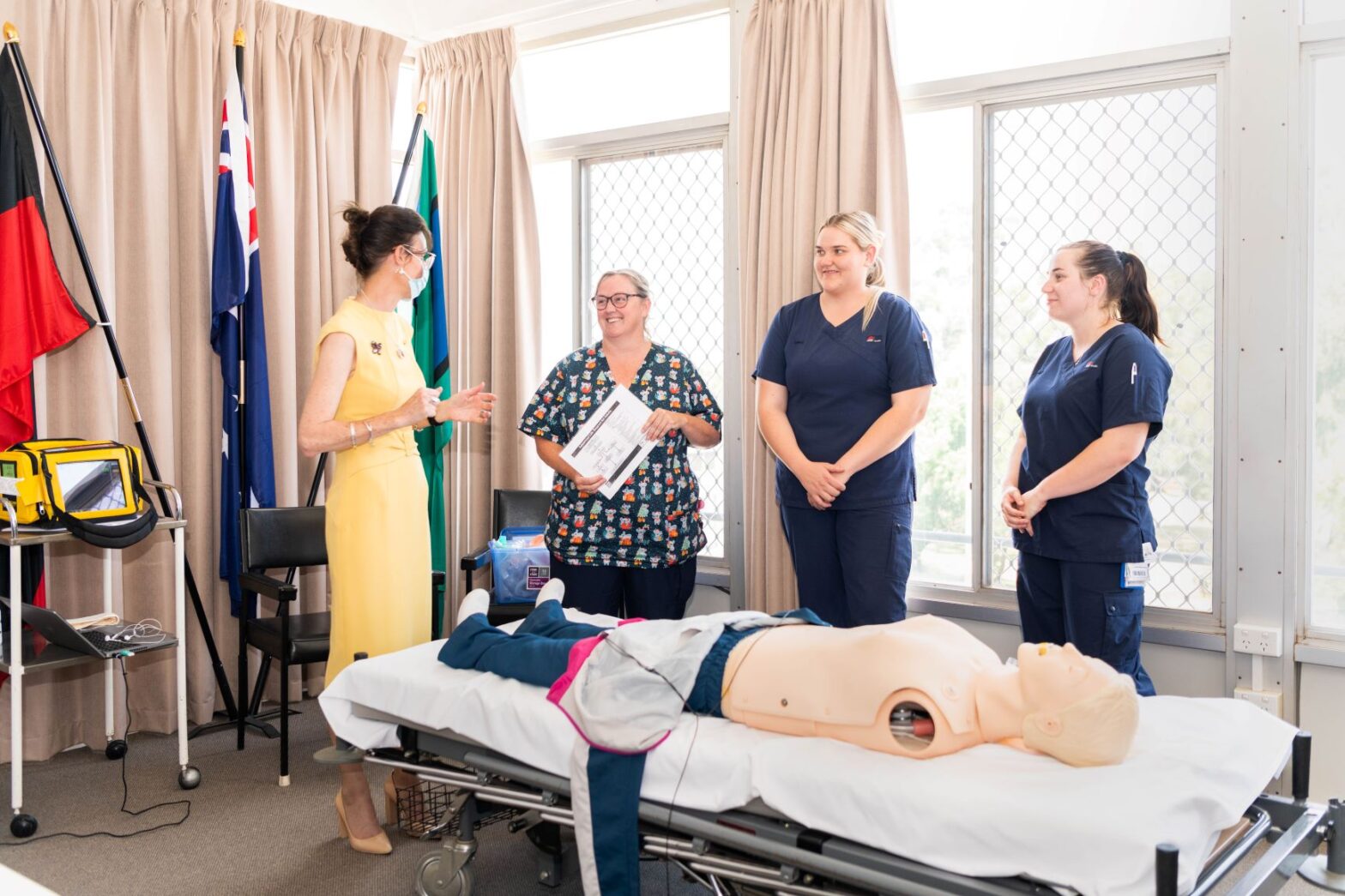 Member for Cootamundra Steph Cooke has welcomed the news that an extra 65 newly graduated Registered Nurses (RNs) have this week commenced their careers in the Murrumbidgee Local Health District.

“These extra nurses will bolster our local health workforce, ensuring that residents of our towns and villages can live healthy, full lives,” Ms Cooke said.

Minister for Regional Health Bronnie Taylor said the influx to the local workforce follows an earlier recruitment boost in February, which saw 54 graduate nurses commence in roles across the District.

“A further 49 newly graduated Registered Nurses will also come on board in August, making 2022 the largest ever graduate intake for the District,” Mrs Taylor said.

“It is our workforce that makes the NSW public health system the envy of the world, and it is wonderful to see these newly graduated Registered Nurses choosing to begin their careers in rural and regional NSW.

“As someone who spent the best part of their nursing career at a regional hospital, I know the skills and experience these new nurses will gain will set them up for success into their future nursing career.”

“We are pleased to provide additional employment opportunities to so many graduates and it’s been incredibly gratifying to see so many fresh faces joining the fold,” Ms Stephens said.

“We warmly welcome both local and metropolitan graduates to the District. For those relocating to MLHD they bring their families and friends to our wonderful regional communities and we are delighted to showcase what the district has to offer.

“Previous graduates have applauded the learning opportunities that regional facilities across Murrumbidgee Local Health District have offered, and the reward of working as a part of our local communities.”

Throughout their first year, graduates are provided with opportunities in a variety of clinical settings to ensure they gain a range of experience and consolidate skills and knowledge developed during their studies. 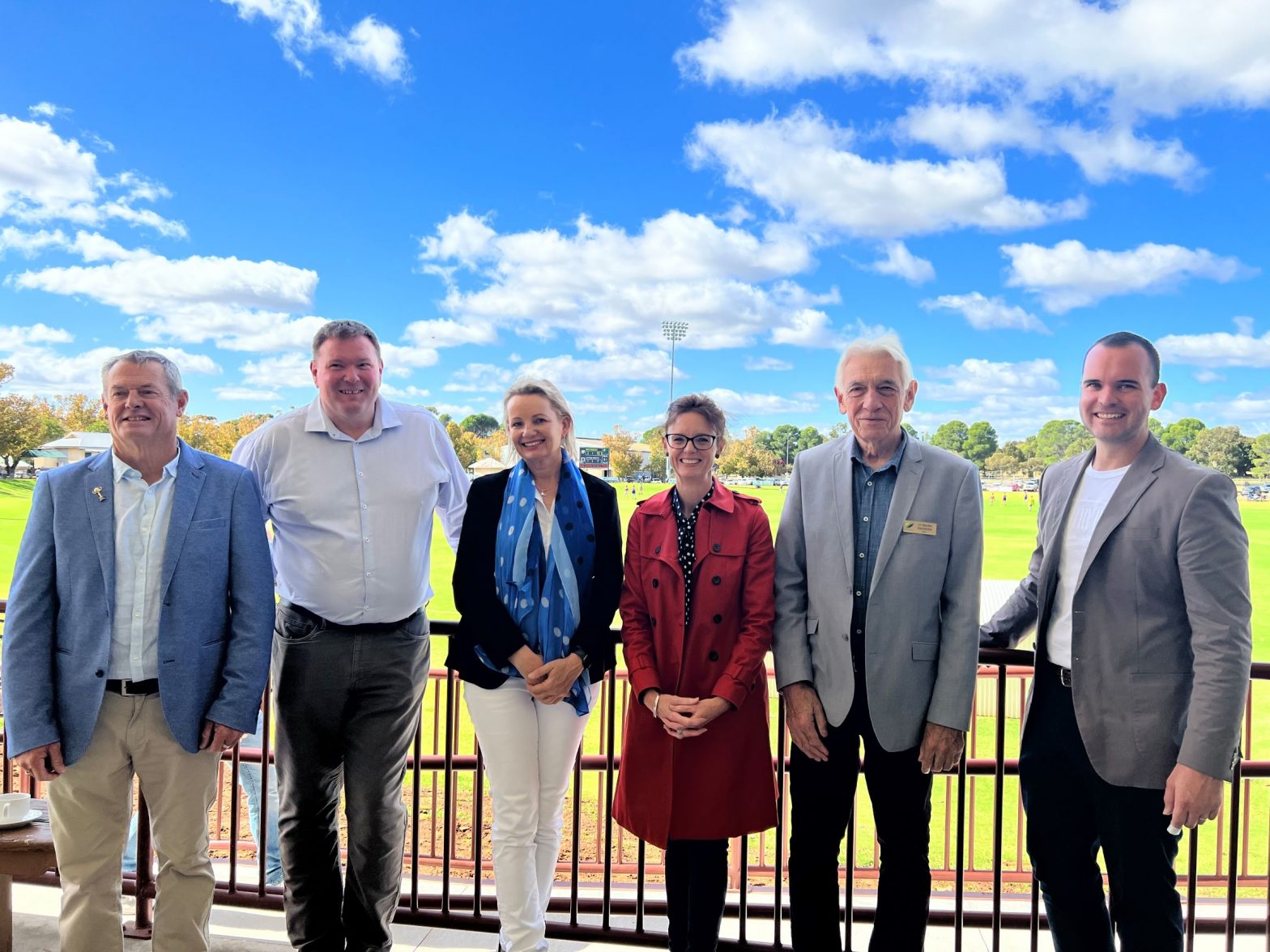 The new clubhouse and changerooms located at the Narrandera Sportsground were officially opened on Saturday with the Member for Cootamundra Steph Cooke joining the Member for Farrer Sussan Ley, Narrandera Shire Council Mayor Neville Kschenka and the local community at the event.

Member for Cootamundra Steph Cooke said project funding has been a collective effort with the NSW Government, Federal Government, Narrandera Shire Council, AFL Riverina and the Narrandera Imperial Football-Netball Club all providing support to the development.

“Enhancing these multi-sport facilities will greatly help local clubs like the Narrandera Imperial Football-Netball Club on training and game days.”

“These upgrades will also hopefully help put the Narrandera Sportsground on the map as a perfect space to attract national sporting fixtures such as the AFL which would be a huge boost to the community and local business owners.”

Through the NSW Government’s Stronger Countries Community Fund, the Narrandera Imperial Football-Netball Club was awarded $100,000 for the project under Round 3 and a further $160,000 was given to the Narrandera Shire Council for the development under Round 4. 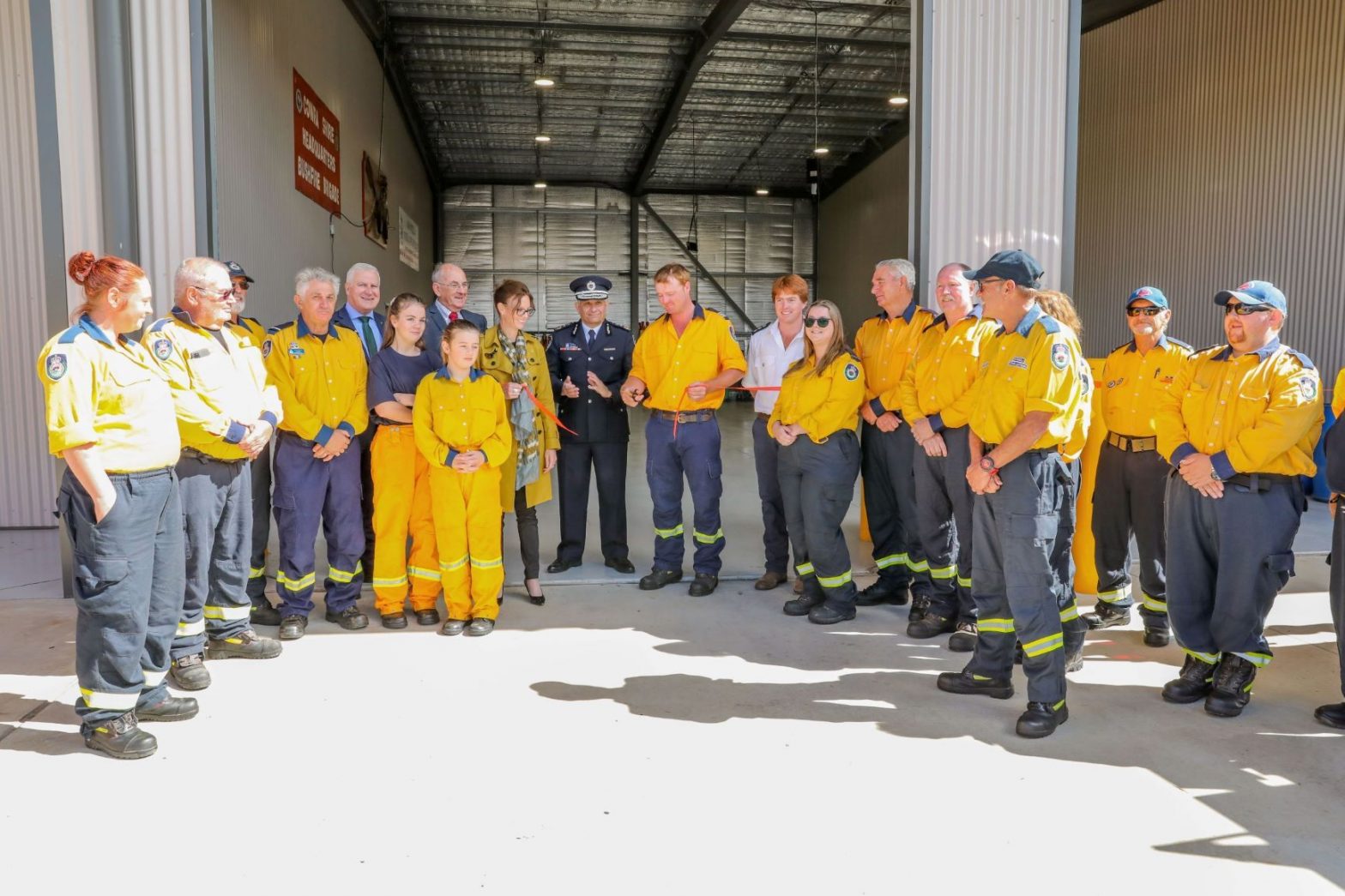 The new facility, in the Cowra Airport Precinct, includes an office for Area Command staff, a warehouse to securely store essential equipment, an air base and the Waugoola Rural Fire Brigade Station.

“The NSW Government is continuing to invest in state-of-the-art facilities like this one here in Cowra to better equip our emergency services personnel for their vital work to protect our communities,” Ms Cooke said.

“The RFS members who operate from these facilities are valued members of their communities. They are local people making local decisions to protect life and property year round.”

Commissioner Rogers said the Area Command Centre would accommodate staff supporting almost 450 volunteer brigades across the RFS Western Area Command, which stretches from Lithgow to Wilcannia and Harden to Brewarrina, and covers more than 65 per cent of NSW.

“The airbase will provide us with enhanced capability for deploying aircraft as needed during emergencies across the west of the state,” Commissioner Rogers said.