Member for Cootamundra Steph Cooke was joined on Wednesday, February 28 by Minister for Roads, Maritime and Freight Melinda Pavey as they officially opened the NSW Government’s $17 million upgrade of the Newell Highway through the Cootamundra electorate.

Ms Cooke said the project, which involved building a 2.7 kilometre two-lane section of the highway to the west of Grong Grong, as well as turning lanes at intersections and a new road surface, will make access easier for heavy vehicles travelling through the region.

“The Newell Highway is an important road link for freight between Queensland and Victoria and regional centres in western NSW,” Ms Cooke said.

“This upgrade will improve connectivity for everyone who uses the Newell Highway, but also importantly it will allow access for longer heavy vehicles, such as road trains, carrying larger loads.

“The Newell Highway runs through major sections of the Cootamundra electorate so from a safety perspective this work is absolutely wonderful.

“More than 600 heavy vehicles a day share this road with other road users, so this is such an impressive piece of work,” she added. 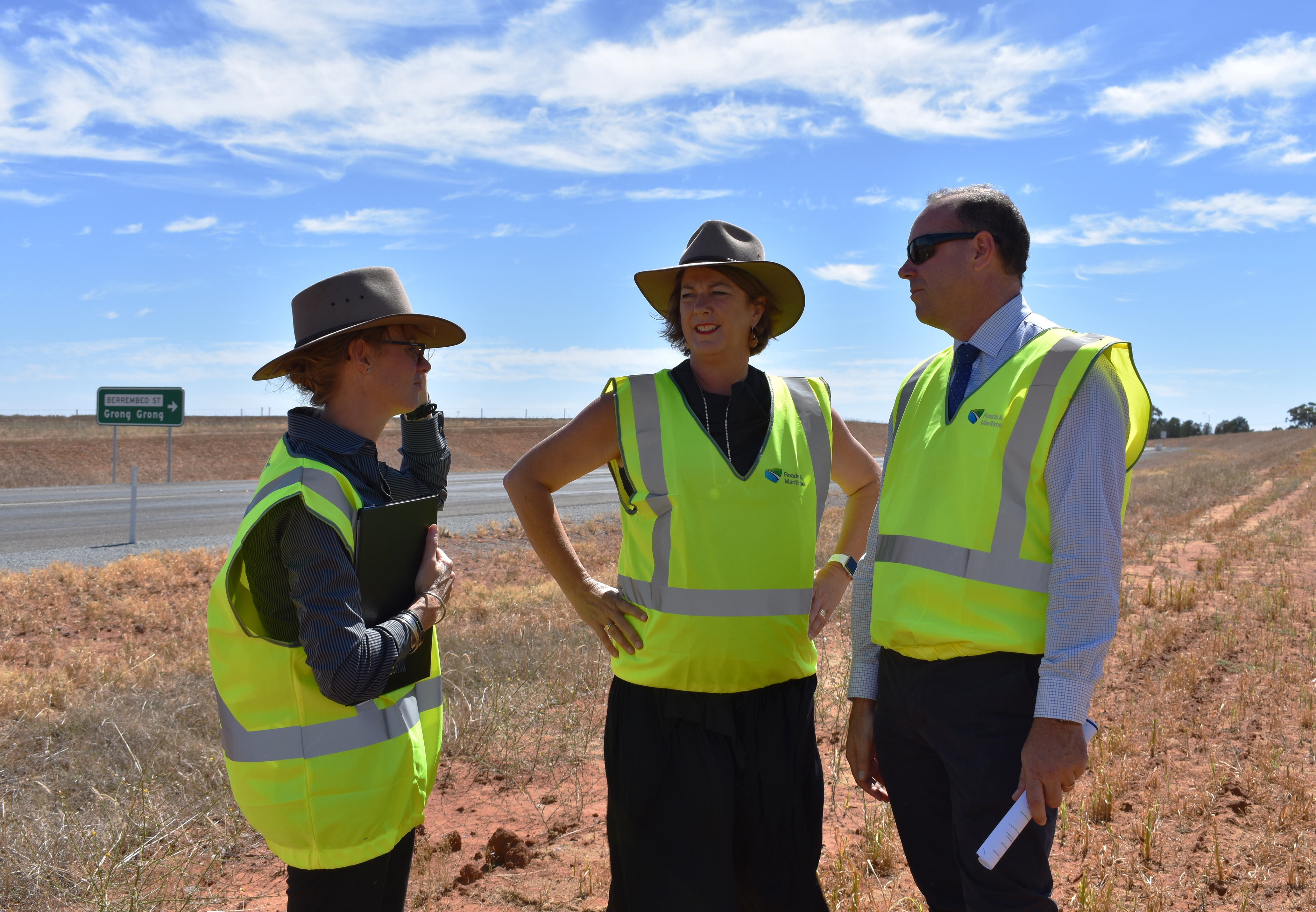 Mrs Pavey said this important upgrade would be significantly safer as it bypasses a 90 degree bend within Grong Grong.

“This project is another example of the NSW Government’s commitment to regional NSW and will support the long-term future and viability of the local area,” Mrs Pavey said.

“The new alignment opened to traffic in September 2017 and was followed by work to tie in the old highway and to complete the local road connections with the new intersections. These will now become the responsibility of Narrandera Shire Council.”

Landscaping work along the project length is expected to be carried out between April and August this year to avoid planting trees during the hot summer months.