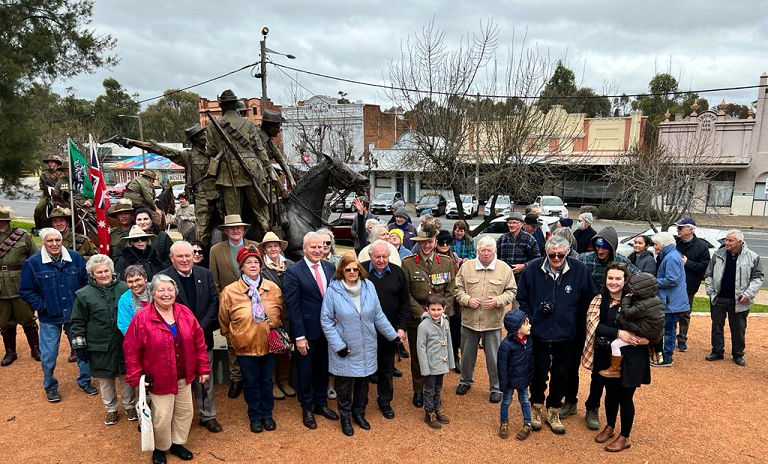 Member for Cootamundra, Steph Cooke has welcomed the official unveiling of a bronze, life-size sculpture of Australia’s greatest war horse, ‘Bill the Bastard’, at a ceremony in Harden Murrumburrah.

Ms Cooke said it was fantastic to see the statue in-situ at Murrumburrah, the birthplace of the Australian Light Horse.

“This project has been a long time in the works and is an absolute credit to the dedication and perseverance of many deeply passionate members in this community.

“Bill is a source of great pride for all involved and an absolute drawcard to Harden Murrumburrah and the Hilltops region more broadly.”

The project was made possible thanks to over $400,000 in funding from the NSW Government’s Stronger Communities Fund.

Major donations and contributions alongside that of the NSW Government were:

The ‘Bill the Bastard’ statue was created by local sculptor Mr Carl Valerius and bronzed by Mr Matt Crawford of Crawford’s Casting.

Speaking at the unveiling, Mr Valerius said it was a fabulous outcome for the community.

“To have an idea and believe in it, you can achieve almost anything. I thank the State Government for their support and belief in a little old sculpture in a town like Murrumburrah.”

Special guests present at the ceremony also included Brigadier Glen Ryan from Victoria Barracks in Sydney, along with 97yr old Mr Keith Taylor who travelled from Uranquinty for the occasion.

The sculpture of ‘Bill the Bastard’ and his five riders can be found at the 1st Australian Horse and Australian Light Horse Memorial precinct in Murrumburrah. 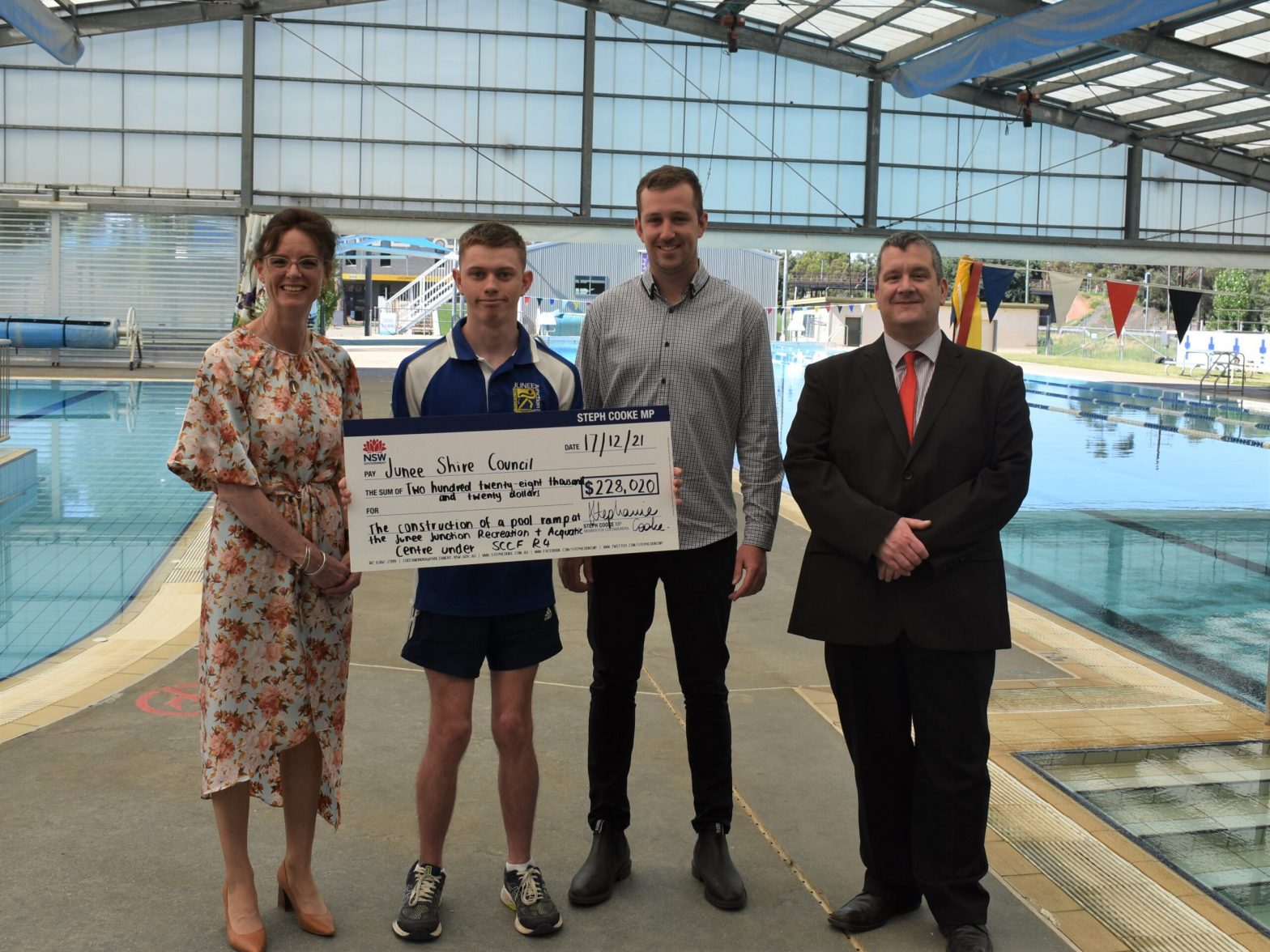 Member for Cootamundra Steph Cooke has announced that the Junee Shire is set to receive $787,682 under the NSW Government’s fourth round of the Stronger Country Communities Fund.

This latest round of NSW Government funding has been spread across four projects, each of which is set to benefit communities across the Shire.

“Projects like these bring to life the NSW Government’s vision to help make regional NSW be the best place to live, work and visit,” Ms Cooke said.

“These four projects showcase facilities in Junee particularly those in small villages but also how the small villages who are passionate and committed to enhancing and developing their communities.

“The latest round of funding takes the total amount of funding through the Stronger Country Communities Fund for projects across the Junee Shire to $3,900,384 over 20 projects.”

Junee Shire Council General Manager, James Davis said the projects across Junee will be a great addition to the town’s development.

“It’s great to see these facilities over the Junee Shire receive funding. These projects will better improve the learning and sporting experiences in the area,” Mr Davis said.

Secretary of the Old Junee Hall, Anna Lashbrook said this funding was reassuring to the small village of Old Junee.

“We look forward to seeing our plans come alive, and building an asset not just for ourselves, but for the entire shire,” Mrs Lashbrook said.

“I don’t think we are going to realise the major impact this will have on not only the school but the wider Illabo community until the COLA is actually built. We will be able to hold events and learning for all outdoors in comfort,” Mrs Hodge said.