Ungarie overwhelmed at unveiling of Daniher tribute, The Big Footy 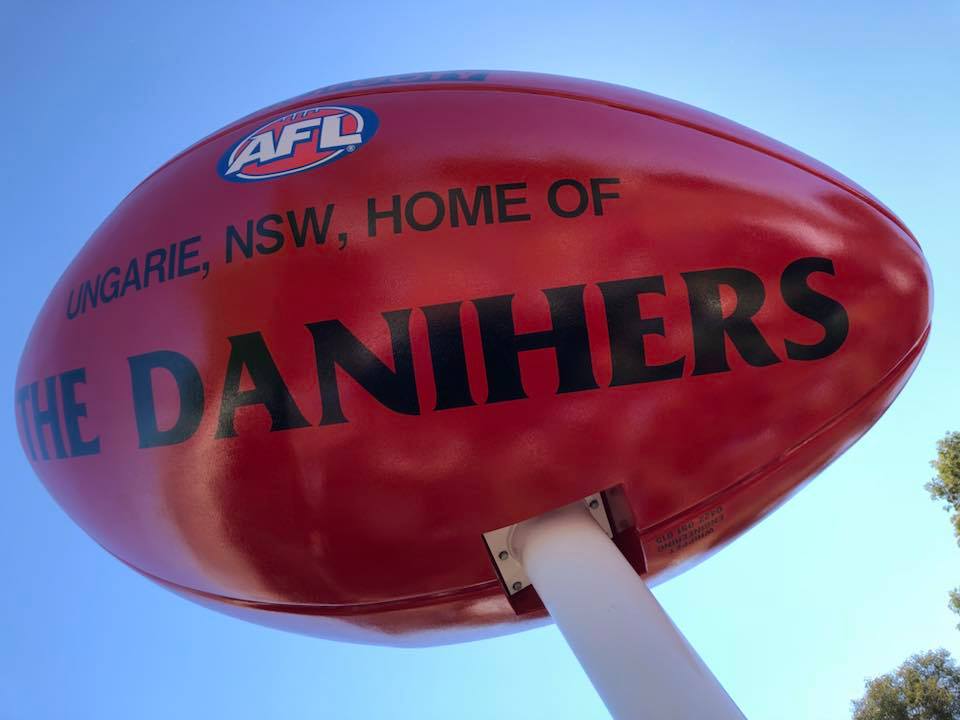 Representing Deputy Premier of NSW John Barilaro and joined by Deputy Prime Minister Michael McCormack, Ms Cooke addressed a crowd measured in the thousands and spoke of the town’s famous family, the Danihers, and what they and the town have brought to the nation.

“The Daniher Family epitomises what can be achieved when you work hard, together with one dream,” she told the crowd, emphasising how places like Ungarie typify regional communities across the nation and across NSW.

Ms Cooke later expressed her delight at the atmosphere on the day.

“Honestly, that has to be up there as one of the most exciting days I’ve ever experienced,” she said.

“The number of people here and the absolute passion they showed for the Daniher family and for their sport made for such an incredible day,” she added.

“It was a privilege for me to stand up there to represent Mr Barilaro and the NSW Government in helping unveil this massive football which is a wonderful and fitting tribute to the massive things the Danihers have achieved,” she said. 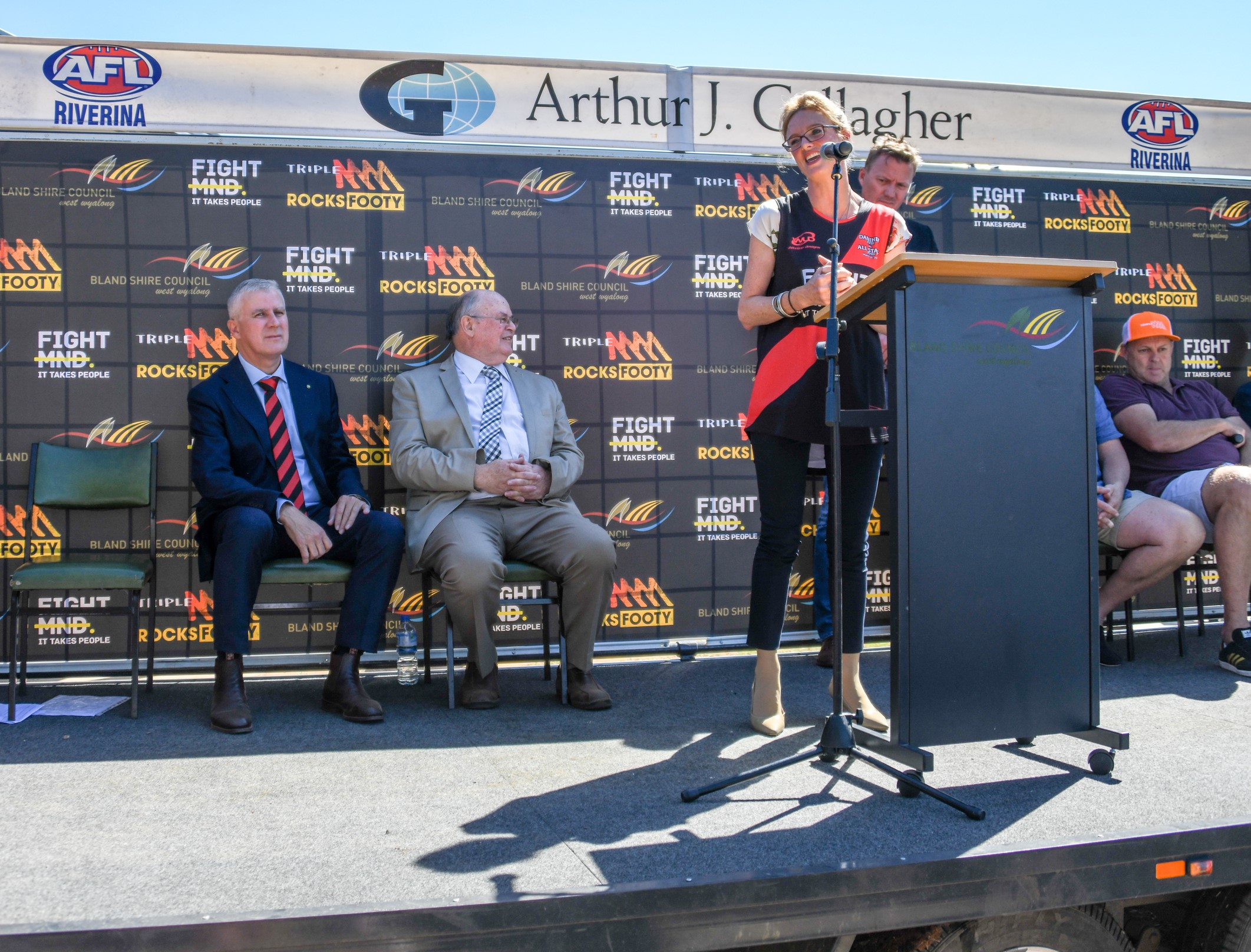 The unveiling was followed by a match which saw the Daniher family take on the All Stars team, coached by Mr McCormack and comprising such star names as Paul Kelly, Stephen Carey, Paul Hamilton, Garry Foulds and Bryan Wood.

Coach McCormack even took to the field in the last quarter and snagged a goal, but that wasn’t enough to stop the Daniher side taking the win.

Ms Cooke made her allegiance clear by wearing the colours of the Daniher family, resulting in her being made an ‘honorary Daniher’.

“Can you imagine how it feels to be made a member of that family?” she asked.

“It’s such an honour to be made a part of a family group with which I have long enjoyed an association, as two of the Daniher daughters were teachers of mine,” she added.

“I’m sure my own parents won’t mind sharing their daughter with another set of parents!”